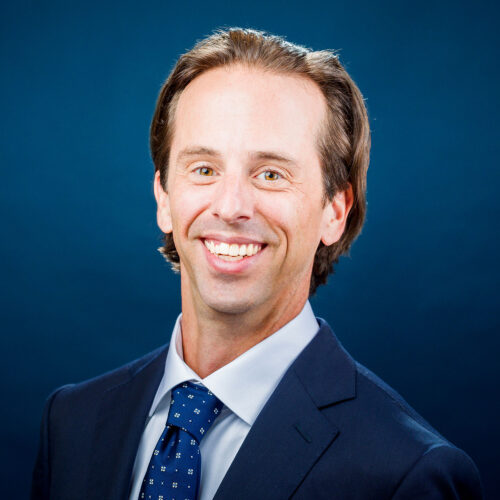 Russell is one of two fifth-generation Texas lawyers—the other being his sister Emily. His great-great-grandfather — also named James Russell Frost—practiced Texas law in the 1800s and later served as a member of the Texas House of Representatives. Virgil T. Seaberry, Russell’s great-grandfather, served as State Bar President from 1957-58. And Russell’s father Jim Frost, a Board Certified civil litigator, served on the Supreme Court of Texas Board of Disciplinary Appeals for nine years. Without a doubt, practicing law runs in Russell’s blood.

As an experienced trial attorney, Russell represents individuals and small business owners (less than 50 employees) in civil matters including premises liability, personal injury, breach of contract, products liability, property disputes, probate matters, and DTPA violations. He has worked on over 100 cases from justice court to federal court, and he handles litigation matters from first demand to trial and appeal. While prosecuting cases for the City of Lubbock, he received favorable verdicts in all jury and bench trials. He is admitted to practice law in the State of Texas and in the United States District Court for the Western and Eastern Districts of Texas. He graduated summa cum laude from the Texas Tech University, School of Law.

Russell is also a licensed paramedic. While working for Bastrop County from 2001-06, he responded to hundreds of emergencies from heart attacks and strokes to fatal car wrecks, fires, dog bites, and work-related accidents. He knows first-hand the pain, suffering, and anguish these single moments can cause over a lifetime. Additionally, his experience in the field of insurance defense gives him the inside track in negotiating with insurance companies in the course of prosecuting personal injury claims.

In his spare time, Russell enjoys running, cycling, spending time with his dog Zira, and rooting for the Houston Astros and the Texas Longhorns. He claims to be a decent pool player, but the evidence suggests otherwise. 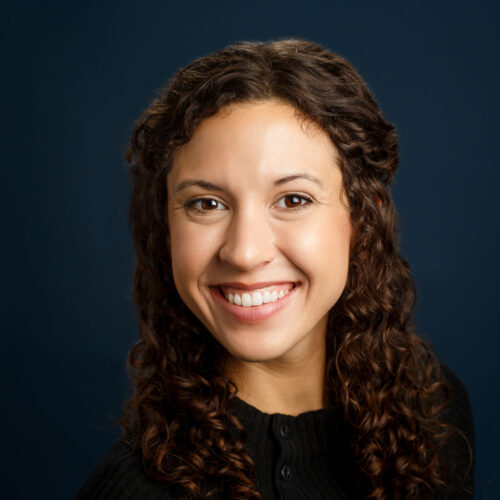 Caryn joined the Firm in September of 2014, where she has served many roles. She currently serves Of Counsel to the Firm.

A first-class litigator, Caryn’s practice includes prosecuting and defending business and commercial claims, personal injury claims, consumer claims, real property matters, probate matters, and employment law matters. She is a certified attorney ad litem in guardianship cases and specializes in probate, estate planning, and guardianship – work she regards as her most rewarding. Caryn is also a certified mediator and is admitted to practice in the State of Texas, the State of Colorado, and in the United States District Court for the Western District of Texas.

Caryn maintains an integrated practice wherein she pledges to consider the full spectrum of her clients’ needs at every step of their legal engagement, including both the financial and psychological effects litigants experience as a result of the pressures and stresses inherent to the legal process.

Caryn obtained her law degree from the University of Texas School of Law. She holds a bachelor’s degree in international business from St. Edward’s University, where she also was a scholarship tennis player.

In her spare time, Caryn enjoys making music, dancing, writing, time with her dogs and husband, and backpacking. 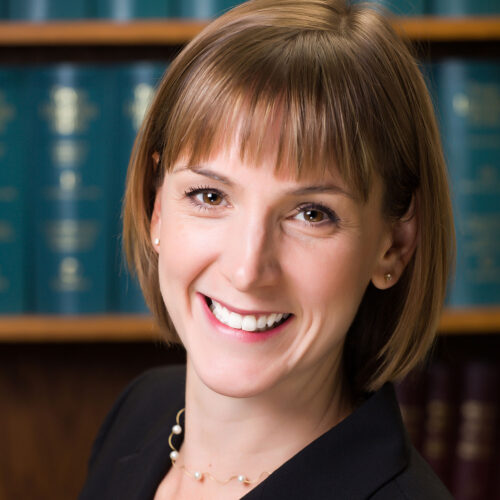 A fifth-generation Texas lawyer, Emily Frost is Board Certified by the Texas Board of Legal Specialization in Labor & Employment Law. She is admitted to practice law in the State of Texas, the United States District Court for the Southern and Western Districts of Texas and the District of Colorado, and the United States Court of Appeals for the Fifth Circuit.

Emily represents employers before the EEOC and Texas Workforce Commission and in state and federal court, handling wage and hour disputes, discrimination, breach-of-contract, and sexual harassment claims. She also represents employers in suits for breach of fiduciary duty, theft of trade secrets, and enforcement of non-compete covenants.

Emily is experienced in state and federal court appeals, preparing petitions for writ of mandamus, the appeal of temporary injunctions, and obtaining emergency relief. She assists fellow trial attorneys in drafting motions for summary judgment, jury charges, and post-verdict motions. Emily also has prepared petitions for writ of certiori to the United States Supreme Court.

Emily represents plaintiffs and defendants in a variety of civil litigation matters, including personal injury, business litigation, and employment litigation. She handles litigation matters from first demand through the entire trial and appeal. Emily is also a certified mediator. 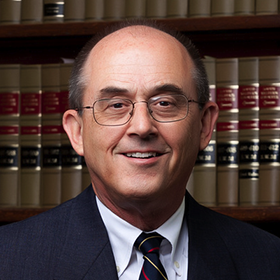 Jim Frost has practiced law in Texas since 1974. A member of the Guadalupe County and San Antonio Bar Associations, he was chair of the State Bar of Texas District 11-C Grievance Committee in 1992–94 and served on the Supreme Court of Texas Board of Disciplinary Appeals for 9 years, as vice-chair in 2004–05, and chair in 2005–06.

Jim is admitted to practice law in the State of Texas, the United States District Court for the Western District of Texas, and the United States Court of Appeals for the Fifth Circuit. He practices in several areas, including civil litigation, real estate, wills, probate, oil and gas law, water law, eminent domain, and appellate law. 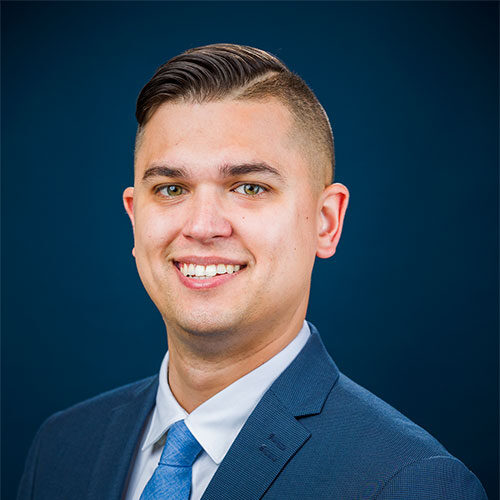 Forrest is currently a third-year law student at Baylor University School of Law in Waco, Texas. He joined our firm as a law clerk in the Summer of 2021, and plans to return to Austin to work as an associate attorney with the firm after graduating from Baylor in the Spring of 2022.

Originally from The Woodlands, Texas, Forrest graduated from the University of Texas at Austin in 2014 with a B.A. in Philosophy. After college, Forrest worked in the music industry as a professional audio engineer, serving as the head recording engineer at Stinson Studios in Austin, Texas, as well as teaching an audio production class at The Recording Conservatory of Austin. His experience in the music industry––specifically issues related to songwriting agreements, copyright, licensing, and distribution––influenced his decision to attend law school. Forrest is also a certified paralegal, having obtained his certificate from the University of Texas at Austin prior to enrolling at Baylor. 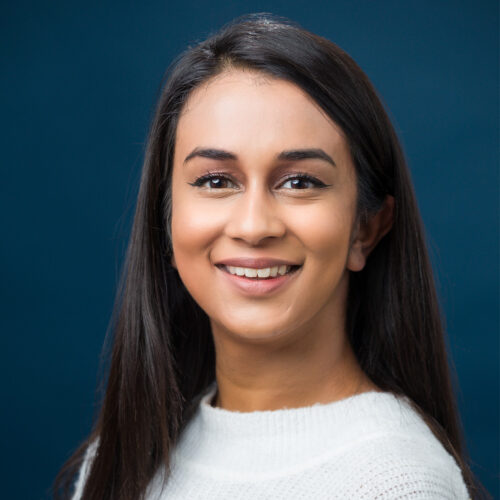 Currently finishing up her undergraduate studies at the University of Texas, Sarah joined our team in the summer of 2020. She moved from her hometown of Corpus Christi to Austin to pursue her education and has fallen in the love with the city. Her interests in international policy and law have driven her to pursue a legal career. Sarah works diligently to ensure all clients have the most positive and efficient experience here. Once she graduates in the fall of 2020, she hopes to take a semester off from school for cross country road trips and work.

The Law Office of Russell Frost was founded in 2011 with the idea that top-notch legal services should be available at a fair and affordable price. The high rates and competitive atmosphere of big city law firms can leave some clients without options. The Law Office of Russell Frost is different. We do everything we can to make sure your legal needs are met at a price you can afford. We rely heavily on our past clients to recommend our services, and therefore, we are not satisfied until you are satisfied. Please take a moment to bookmark this page and save our contact information. We want to be your first call whenever a legal matter arises.

“Fast, efficient, and flexible with his scheduling, Russell did a fantastic job handling our estate planning before we went on a long trip overseas. He is very knowledgeable and willing to research details that fit your specific needs at an affordable price.”

“Russell is the best! He recently helped me with a legal matter and was very courteous, knowledgeable, and efficient. Got everything I wanted in very little time and at a fraction of the cost of what other attorneys wanted to charge me.”

“Russell recently helped prepare my will. He was knowledgeable, easy to schedule with, and stayed in contact along the way to make sure any questions I had were answered. I would definitely go to him again the next time I need legal help.”

“Russell recently worked on my estate planning documents including my will, medical power of attorney, etc. He made sure I understood each of the documents very clearly and that they 100% matched my wishes before executing everything.”

“Russell is awesome! My wife was on hospital bed-rest with our first child and we really wanted to get our estate planning documents in place before his birth. Russell not only came to the hospital to walk us through creating our documents, he returned to the hospital with a notary just days later for an execution ceremony. Russell is a great attorney with tons of knowledge...”

“Russell was very easy to work with and always kept me informed. He handled everything in a very sufficient and timely manner. Thanks to his knowledge and persistence, we were able to settle the lawsuit effectively. Also a very down-to-earth guy and easy to talk to.”

“Russell completed fairly complex business documents for the transfer of our company. He was thorough, accurate and timely. I can not write enough as to how pleased I was with his service and expertise.”

“Russell assisted with a case where our landlord had been foreclosed on, and we were being asked to pay several different parties. He was very responsive and helpful in getting us out of our current lease. We were able to get out of that lease, and also get 23 free days to move to our new apartment. Our case wasn't a focus of Russell's, but he was very proactive in finding out the details around our situation and continued until he was able to resolve our issues.”

“Russell does great work! He has already helped me form a LLC and take care of estate planning. He gets work done!”

“I have seen Russell in action in federal court as opposing counsel and was so impressed by his skills that I subsequently began joint- venturing cases with him. He is a top notch attorney and any client would lucky to have him on their side.”

“Litigation is in and of itself unpleasant, but Russell Frost’s professionalism and thoroughness of representation coupled with calmness and even humor, made my experience as pleasant as it could possibly be. He is down to earth and very easy to work and did a wonderful job of explaining each step of the process as the litigation moved along. He has confidence without the arrogance, unlike many other attorneys. I highly recommend Russell Frost and would definitely use his services again!”

Top-notch legal services at a fair and affordable price.